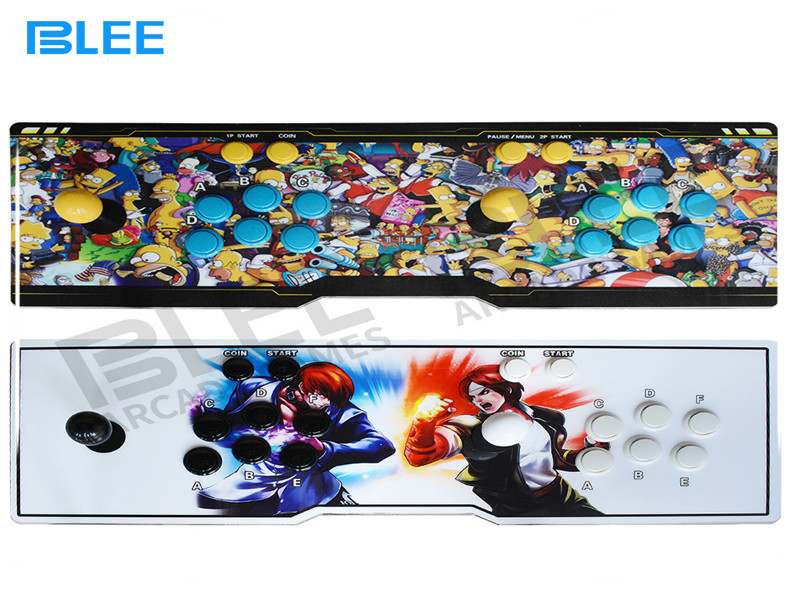 Pandora Box 5s is made in Guangzhou, China. The game is designed to bring back the feelings of classic games in the early 90s. But the game is designed with the recent technologies in mind. Making it a choice between the gamers of this generation as well.

The Pandora Box 5s is a collection of retro games from -the- 90s. -The game is packed with a powerful processor, Ram, memory, and graphics to support 2d and 3d games. The idea of building Pandora Box 5s was to bring back the memories of the 90s in a new style. It is a powerful game box so it doesn't take time in loading. The game image does not get jammed. Play your favorite games from childhood as much as you want. It has got many multifunctions that helps you connect with devices play as much as you want. You have many options for gaming in the Pandora Box 5s.

Pandora Box 5s is a classic 2 players game console. Pandora Box 5s in an arcade game console that contains 999 games for game lovers. The game is designed for two players. It supports VGA port that can be used to connect with a TV and play games like in the old days.

The Pandora box 5s is a collection of classic games with high resolution. It has brought back the fun of playing the game of the 90s with a hint of new technology and graphics. The game collection is huge, you are bound to find some of your childhood favorite game in the collection. Some of the game collections are:

SNK vs. Capcom: SVC Chaos Plus

Garou Mark of the Wolves

Rage of the Dragons

And many more classic games for video game fans. The entire list of games can be collected from the internet. It is so long that it cannot be completed in an article. If you miss the games form the 90s then this is a must have Pandora box for you. The old games are brought have with high-quality graphics that will keep you mesmerized while you are playing. It doesn't take time to load as it used to in the earlier times. The sound quality and the controller of the pandora box add a new feeling to the old games.

Why get Pandora Box 5s?

The Pandora Box 5s is designed to give -you- the -best gaming experience that can take you to the old days. If you miss the games of the 90s then this is the game console you are looking for. The games are rejuvenated with new technology. You can add a speaker to the Pandora Box 5s or enjoy using your earphone. This time you are not limited to two player games only, you can also play your favorite games online. The graphics quality of the games has been improved a lot from the old days. Yet it doesn't take much time to load. A new game is only a click away for you to enjoy.

What to expect when you order online?

The entire game box is a large package that measures 70x24x16cm. If you are looking forward to ordering online you can't foresee the real package size. It is so large because the game console for two players is large itself. The controls are built with enough room for movements. You can get the best gaming experience to from this control. The weight of the controller is 2.9 kg.

How is the controller designed?

Connections of the controller

The rear panel of the controller consists of a variety of ports. There is VGA port as well as HDMI port. So, you can enjoy your gaming time in old TVs, New TV, or a monitor. It is up to your preference. There is also an audio port that you can use for both earphones and speaker. A couple of USB port is also available in the controller. The USB ports let you connect the game to the PC and play online using the internet. It also has a power connection and a power adapter interface.

The strength of the gaming console

The Pandora Box 5s consists of a high-speed processor. It has high specifications with 4GB memory that can support high-speed processor. In addition to this, the game is installed with 16GB eMMC flash memory technology that is 80% faster than general game storage. It consists of A53 motherboard along with a powerful 3d chip. Processors and memories are applied and changed over and over again to give the best experience of gaming. The game runs smoothly so that there are no delays in image loading. It is powerful enough to run both 2d and 3d games.

Pandora Box 5s is a huge collection of retro games. It keeps the old gaming ideas alive with this Pandora box 5s. For the gamers of the 90s, this is no less than a treasure box. Along with the old gamers in mind, the sound quality and video quality is improved to satisfy the new gamers generation. The gaming style is new to the new generation so it should entertain them as well. It also brings back the two player games feeling in one box as well as make it an online game. Pandora Box 5s is a gaming box that players will cherish not because of the graphics quality or the entire gaming device. But they will cherish it as it is a box of childhood memories. When each game will load in the Pandora Box 5s a 90s kid will get flashbacks of childhood. It will remind them of how much time they spent on this game, their high scores and friends with whom they always competed in the game.